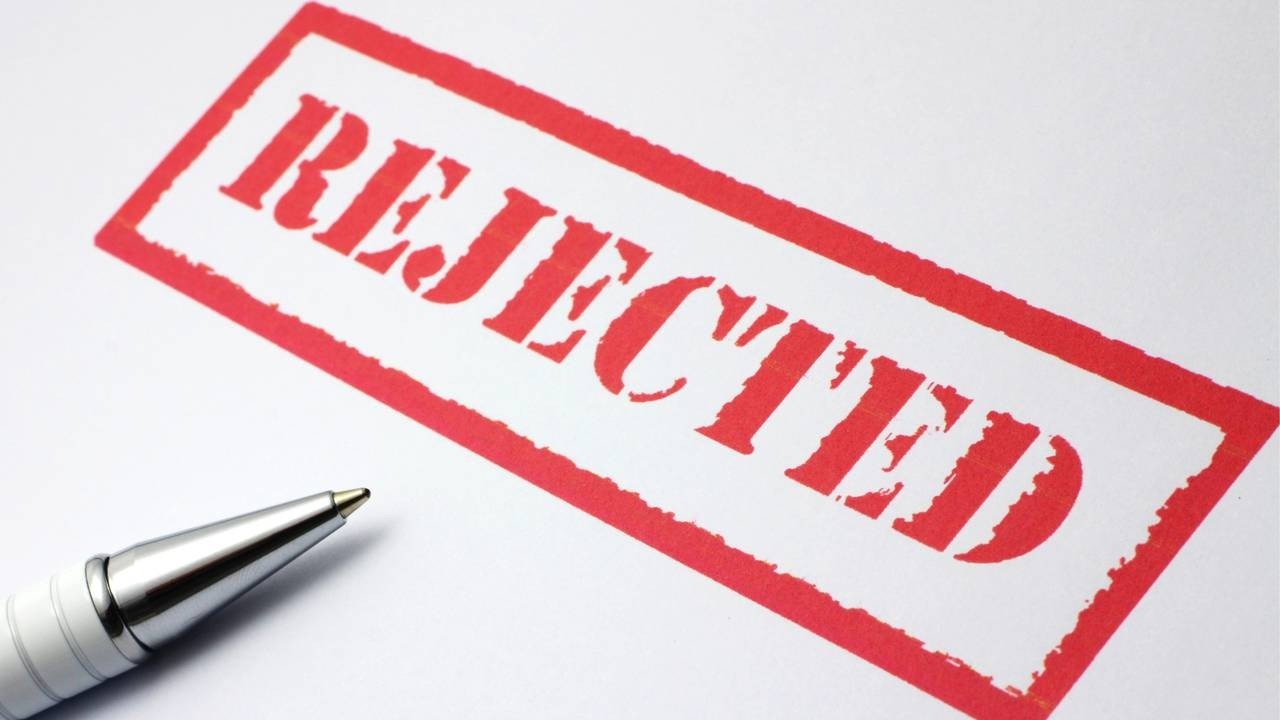 I have some big news to share. Last weekend, I gave my first TEDx talk!

This has been a long-time personal goal, a true bucket list item. The experience was everything I'd hoped it would be, and I'm incredibly proud of the talk I gave.

I won't lie. I've really enjoyed having people cheer me on and tell me nice things about what I said and what I've been able to do. That kind of stuff can go straight to a girl's head! But, I also think it's important to be real, to pull back the curtain and talk about the parts that no one saw. I don't want to just share the success with you. I want you to know about the failures, too. I collected a lot of rejections a long the way to TEDx.

I submitted my first application for a TED talk in 2017. 2017! And I've submitted at least 8 more since then (honestly, I stopped counting). I got some flat out rejections, "We got a lot of stellar applicants. Unfortunately, you weren't one of them," and completely ghosted by others. Twice I made it to the second round of consideration, only to be cut. But this year, the stars aligned and TEDxEdina said yes.

There's a part of me that feels a little insecure putting my failures and rejections out there, a little voice that whispers you'll think less of me, that last weekend is somehow diminished now. But I know that little voice will grow louder if I listen to it, if I give it credence, and I don't want that to happen.So instead, I'm leaning on some of my values here - authenticity, inspiration, and courage. I'm reminding myself of my why. Mostly, though, I'm telling that I'm in good company.

There is no shortage of stories of mega successful people racking up a collection of rejections and failures along the way.

What these stories all have in common is grit. According to Angela Duckworth, the grit guru in the psychology world, grit is "passion and perseverance for long-term goals." It's the ability to persist in the face of setbacks and to grind it out when you don't achieve immediate success.

Grit is a good thing to have.

But we can do a deep dive into grit another day. The other thing these stories all have in common is that the possibility of rejection did not stop them. And not even just the possibility, but the actuality of it. These people are all masters of collecting rejections.

I first came across this concept years ago in the context of my psychology practice. I was working with a socially anxious teenager who did some intensive treatment at a clinic out-of-state. When he returned to Kansas City, he shared that one of the most impactful things he learned was to "collect rejections." He went on to explain that he had been convinced and encouraged to actively do things with the intent of getting rejected.

Keep in mind, he was supremely afraid of rejection, so much so that he had trouble talking to peers, making phone calls, functioning in everyday life. By actively trying to get rejected, though, he learned that he didn't actually get rejected nearly as often as he thought he would. His mind lied to him. Frequently. Promising that if he did or said whatever, then others would reject, ridicule, or shun him.

Turns out, they didn't.

And those experiences of proving his mind wrong shifted his fears. This TEDx talk beautifully sums it up. It's one of my all-time favorites.

In the course of trying to collect rejections, we get to realize that sometimes our fears are unfounded. If we're willing to take the risk, to put ourselves out there in relationships, professional settings, business endeavors, hobbies, whatever, we just might be pleasantly surprised by the outcome.

But sometimes, we actually do get rejected.

Those two little letters can strike a chord of fear. Yet, as with nearly everything we fear, it's not as bad as we anticipate and with repetition, we get desensitized to it.

Sure, hearing a no, being turned down, or failing, whatever that looks like, isn't fun in the moment. But there's value in it.

For me, it helped me develop thick skin. I was disappointed when I got my first rejection. The 4th? Not so much. It was easier to shrug off. I noted the disappointment but didn't let my mind spiral or ascribe a lot of meaning to it. And I chose to keep going, to trust that it would eventually happen. I reminded myself that I really had nothing to lose, other than some ego.

Failure Can Be Key to Success

If my first application had been accepted, I would have been on Cloud freaking 9. And I would have delivered a mediocre, forgettable talk.

The essence of my big idea was there, but the talk would've fallen flat. I believe that in my bones. I know what I knew then and what I was capable of at that time. The last few years have given me the life experiences, wisdom, courage, and skill to create and deliver a much better talk. I'm glad it was 2022 Ashley and not an earlier version who got to take the stage.

Maybe it's revisionist history or my psychological immune system kicking in to do its job and help me recover from setbacks, but I truly believe those rejections were important. Necessary. Blessings in disguise.

At this point in life, I love the mentality of collecting rejections, of viewing them as valuable pieces of corrective information, opportunities to build resilience and confidence, and stepping stones to something greater.

Embracing rejection is not a masochistic endeavor. It's a psychological strength one. It requires a fundamental shift in how you view rejection. Rather than labeling rejection as Capital B Bad, we have to recategorize it as a neutral, if not Good, thing.

Think of FAIL as "First Attempt At Learning."

If babies weren't willing to fall hundreds of times, they'd never learn to walk. We'd all be scooting around on our bottoms. Naturally, we know that falling - failing - is part of the learning and growing process. Somewhere along the way, though, we're taught that it shouldn't be.

Realize that "no" doesn't mean anything about you as a person.

It just means that particular door is not open to you right now. Try another. It makes me think of trying to find a place to eat dinner in Minneapolis last Sunday night. The uber dropped us off at the restaurant that was recommended and that Google said was open. The door was locked. It's not like we gave up. No more dinner ever! We changed direction and tried two more places before we found one that was open.

You may be disappointed, devastated even, but know that you are strong enough to handle it. You are not fragile, and you can do hard things.

"By the time I was fourteen the nail in my wall would no longer support the weight of the rejection slips impaled upon it. I replaced the nail with a spike and went on writing." 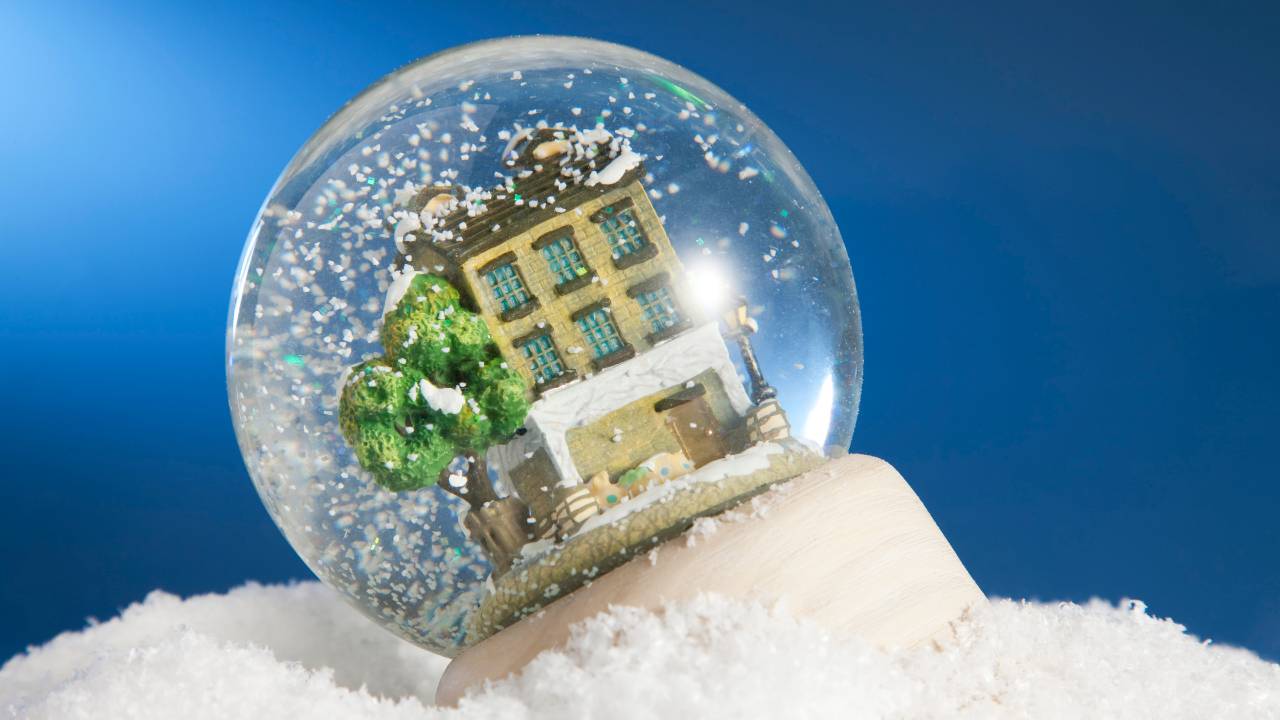 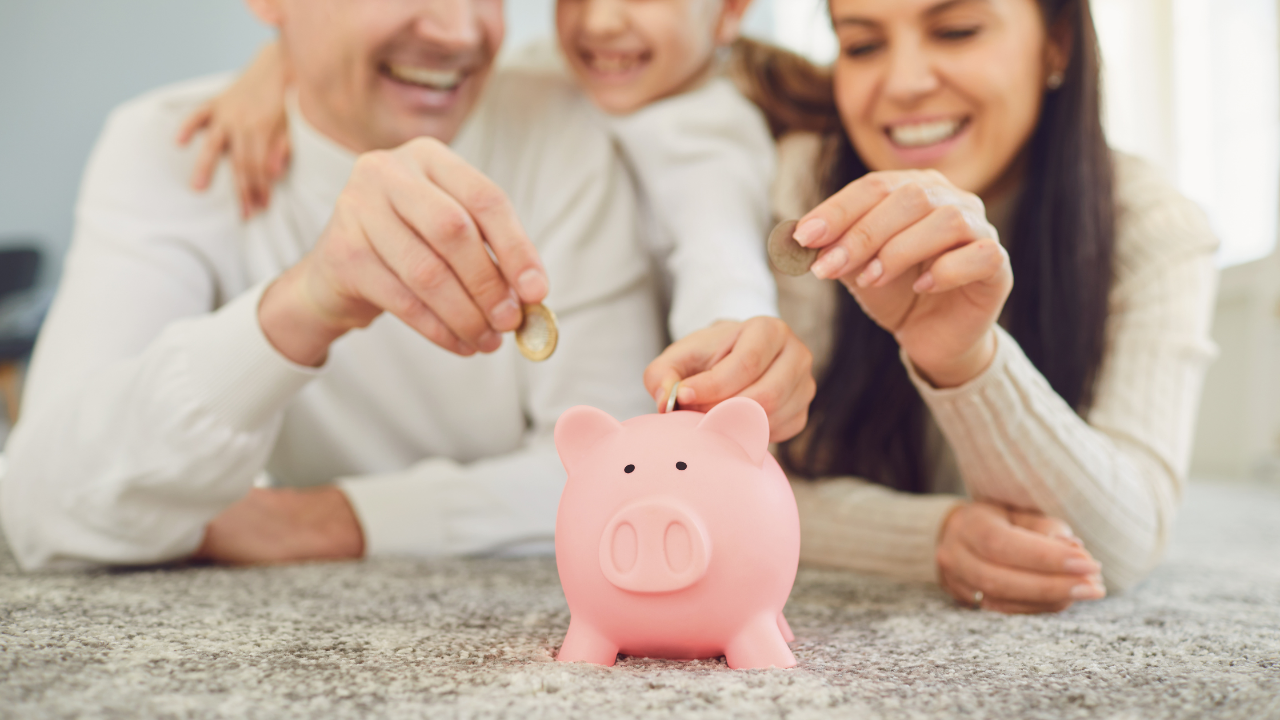 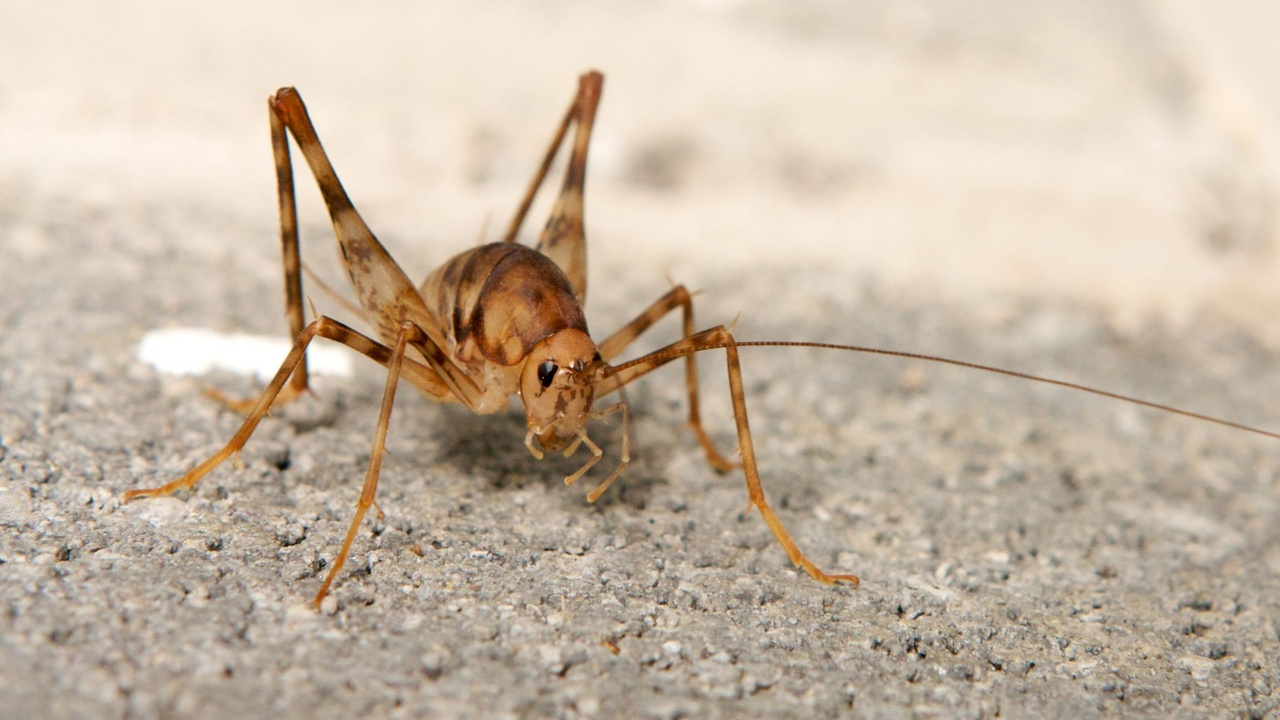 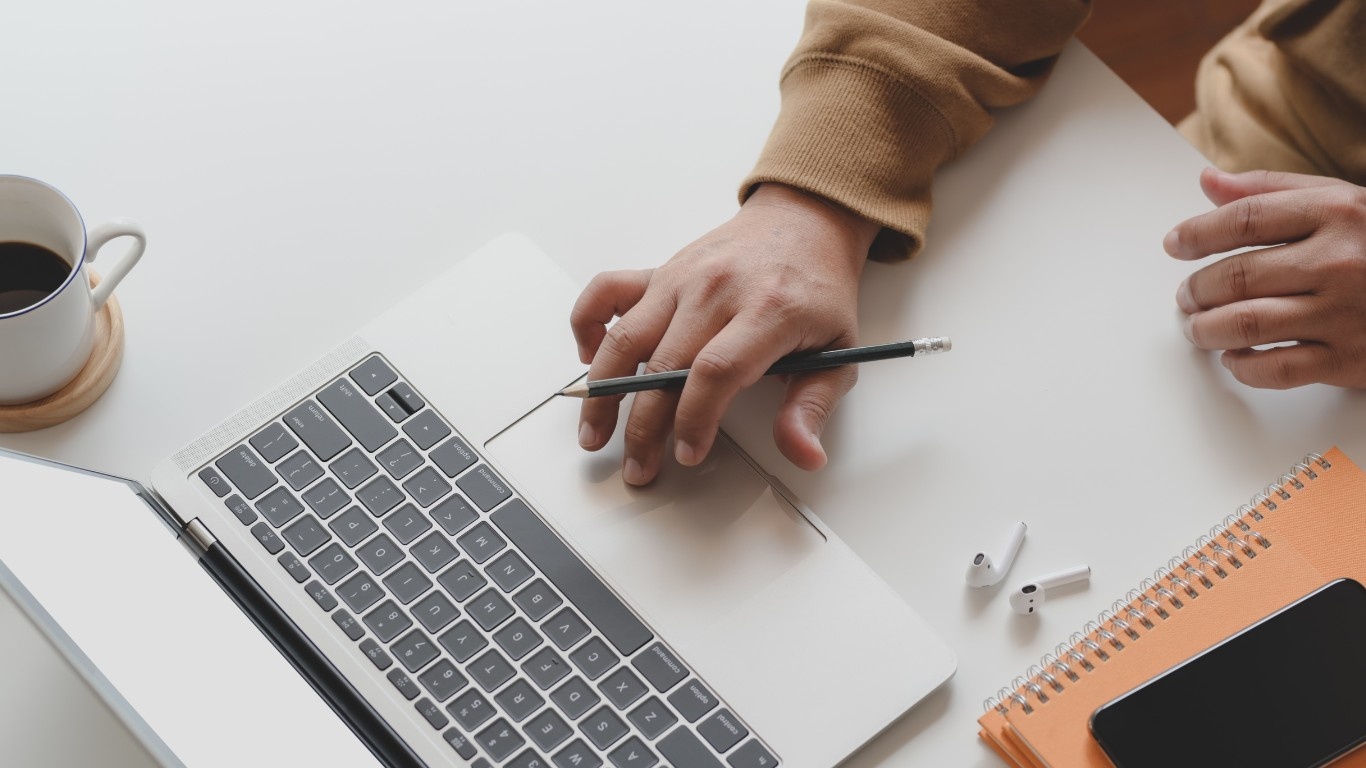